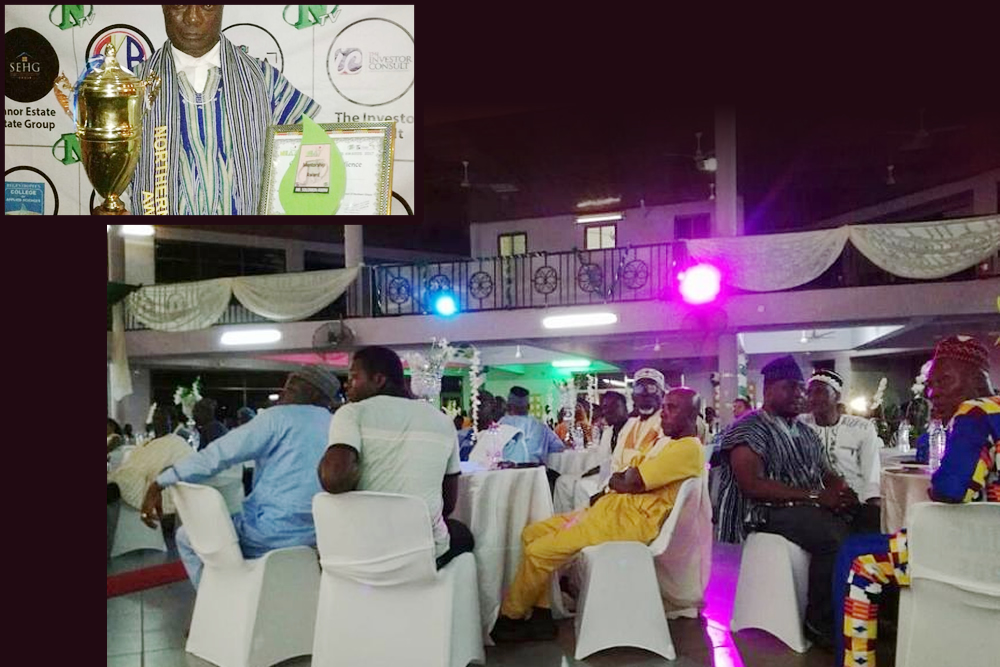 BESSFA Rural Bank Limited in the Garu District of the Upper East Region, has been named the overall best performing rural bank at the maiden edition of the Northern Investor Awards night held in Tamale.

Fifty-six distinguished entrepreneurs, investors, social enterprise organisations and personalities in Northern Ghana, were honoured at the event which attracted business moguls from across the globe.

The deserving awardees were from government, the hotel and tourism industry, social entrepreneurship, health, education, media, agribusiness and fashion among others.

According to him, over 200 nominations were received for 17 different categories and eventually 56 entries were shortlisted for the awards.

As a former investment officer of the Social Security and National Investment Trust (SSNIT), Mr. Awini revealed that he took over BESSFA Rural Bank Limited at a time staff salaries payment was a major challenge.

“At the time I took over as General Manager of the bank in 1991, there was no money and most customers including individuals and organisations deserted the bank.”

“I had to appeal to organisations such as the Catholic Church, Presby Agric Station and ISODEC who all spoke to their partners abroad to come and invest in the bank to enable it stand on its feet again.”

“The bank is now one of the best and formidable rural banks in the country and I can boast that BESSFA Rural Bank Limited is currently the 29th Rural Bank among 146 rural banks in Ghana and is rated strong, the highest rating given to a rural bank.”

He said the bank in line with its Corporate Social Responsibility (CSR), has over the years provided scholarship packages to needy but brilliant students reading medicine both home and abroad.

“As a rural bank, we have continued to support medical students to study abroad, paid fees of needy but brilliant students, donated books to educational institutions, donated building materials towards the construction of hostel facilities in schools among others.”

“BESSFA rural bank's performance has not gone unnoticed. In recent times, it has received awards from USAID-ADVANCE, Apex Bank and the Northern Rural Growth Programme.”