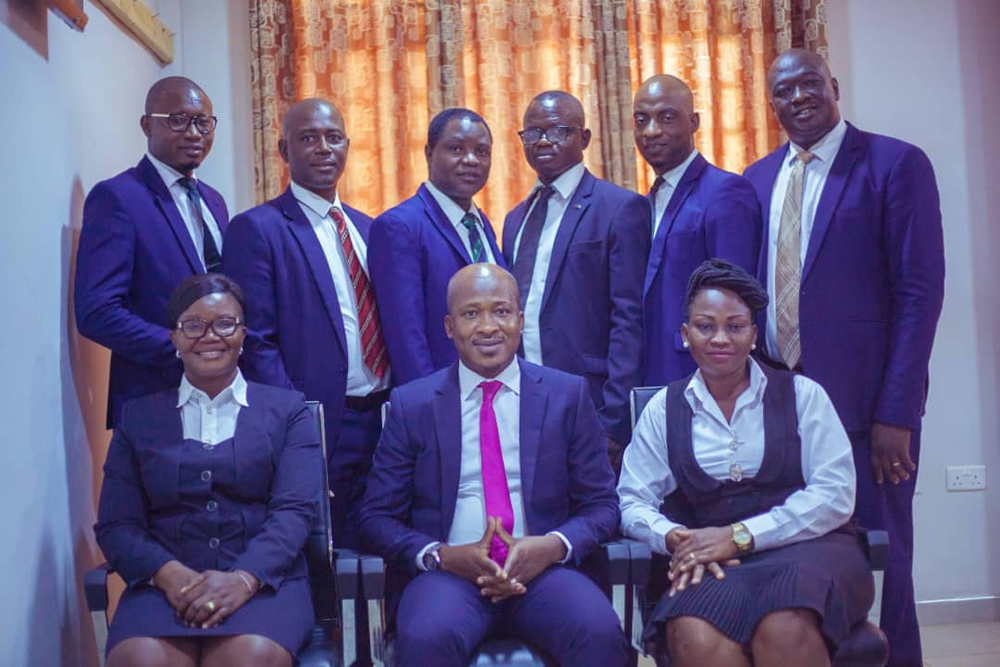 One morning, when Gregor Samsa woke from troubled dreams, he found himself transformed in his bed into a horrible vermin. He lay on his armour-like back, and if he lifted his head a little he could see his brown belly, slightly domed and divided by arches into stiff sections.

The Bank performed well over the years in some major indicators including deposits, loans, paid-up capital, net worth and profit and loss before tax among others in the 2016 and 2017 performance years.

Mr Solomon Atigah, Chairman of the Board of Directors for the Bank disclosed this at the 25th annual general meeting of the bank held at Garu the bank’s headquarters in the Upper East Region

Mr Atigah noted that as part of efforts to boost the performance and increase microfinance activities in the bank, plans were far advanced to improve on the mobile banking programme in which the bank takes its activities to the doorsteps of the people.

He mentioned that the Board and Management were advancing a strategy that would put in speed, accuracy, objectivity, courtesy and respect to customers, adding that in-service training programmes would be rolled out to enhance staff skills to serve its customers better.

Touching on the bank’s social responsibilities, Mr Atigah disclosed that it had supported individuals and farmer groups through its loans and over draft programmes to undertake rain fed agriculture, irrigation farming, agro-trading, cottage industries, and produce processing.

The rest include trading and business development, education and other social activities among other things.

Mr Atigah stated that the Bank through its lending activities, contributed to improve the socio-economic lives of the people in its catchment area, noting that the women had been empowered economically and socially within the communities to support the development of their homes.

He urged customers especially loan defaulters to pay back their loans to avoid legal actions taken against them.

Madam Yvonne Wonchua, Assistant Director in charge of Administration at the Upper East Regional Coordinating Council who read a speech on behalf of the Upper East Regional Minister, Madam Paulina Patience Abayage, noted that the concept of rural banking emerged with the aim of mobilizing savings from people who have surplus funds and to channel these funds as credit into productive ventures that required resources.

Madam Wonchua noted that the move to establish rural banks was to meet peculiar needs of predominantly small scale entrepreneurs and to act as catalyst for social economic development for rural economies.

She said to help rural banks achieve their intended aims; government was committed to vitalizing their mode of work to aid in the transformation of government’s agenda.

Madam Wonchua pointed out that community and rural banks were the key institutions to the implementation of government policies such as its flagship programmes among others.

She called on shareholders of the bank to show commitment to the development of the bank by paying off their loans so as to enable others benefit to create a broader network for the bank in the area.

Mr Pascal Nkulenu Zinzendorf Upper East Regional Manager of the APEX Bank who read a speech on behalf of Mr Kojo Matta, Managing Director at ARB-APEX Bank limited lamented on the recent happenings in the banking sector and said it was a wakeup call to the financial institutions.

He however noted that there was the need for them to strategize their ways of operations.

Mr Zinzendorf said Board of Directors and managements of all banking categories must strengthen their corporate governance structures so as to avoid facing such banking challenges in the near future.

He charged the banks to focus on strengthening their internal controls, compliance and risk and sound corporate governance standards to give them solid foundation for future development.

The Regional Minister together with Bawku Naba, Naba Asigri Abugragoe Azoka II paramount chief of the Bawku traditional area later commissioned a new edifice for the bank at its head office in Garu.